Fonds R4 - Faculty of Music – Office of the Dean fonds 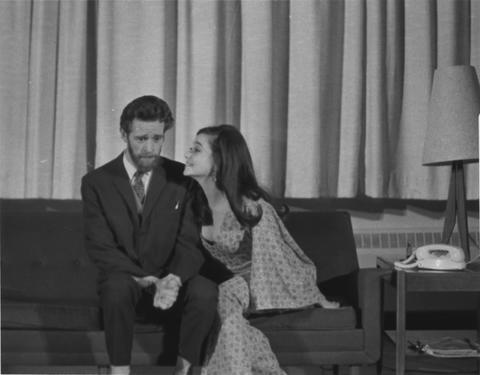 Faculty of Music – Office of the Dean fonds

2.75 m of textual records and other material.

Established in 1975, the Faculty of Music delivers music education and related activities at Wilfrid Laurier University. As of 2013, undergraduate degree options include an Honours Bachelor of Music (BMus) degree and an Honours Bachelor of Music Therapy (BMT) degree. The faculty also offers Master of Music Therapy and Master of Arts in Community Music degrees. In addition to the degree programs, there are several supplementary and post-graduate options including three diploma programs, a practicum program and a management option. The Faculty of Music invites guest artists from around the world to contribute to the course offerings and hosts a number of affiliated artists, beginning in 1967 with Peter van Ginkel. Every year the faculty produces a number of concerts and recitals of traditional, new and original music. The concerts showcase the talents of WLU students and special guests in a variety of styles and forms including jazz, opera and orchestra.
The institution’s involvement with music dates back to first half of the 20th century when it was known as Waterloo College. Initially, musical activities at the college were the domain of student groups such as the college choir and the glee club. In the years following World War II the interest in music had grown at the college. There was an annual student musical known as the Purple and Gold review and the college choir led by Dr. Ulrich Leupold regularly toured the parishes of Southern Ontario. In 1945 Dr. Leupold established the Department of Music with the class Music10. By 1956 the college offered two courses in music history and theory, as well as one course on church music. In 1965 a music program was formally created by Dr. Walter Kemp. This new program allowed students to earn a Bachelor of Arts with a major in music. In 1969, a new three-year Bachelor of Music degree was introduced and was to commence in 1970.

The Music Department remained affiliated with the Faculty of Arts for the next five years. Traditionally, the department held classes in the chapel and in a music room in the Arts Building. However, these facilities did not suit department’s needs and in 1971 classes were moved into two houses on Bricker Street. Due to noise complaints from neighbouring residents, the music department was soon asked to vacate the houses. The department was then moved into the garage of the President’s House (Alumni Hall). On May 1st, 1975 the Department of Music became the Faculty of Music. Dr. Christine Mather was named the first Dean and was inducted on November 3, 1975. That same year, the Faculty of Music was moved to Macdonald House. In 1979, Dr. Gordon Greene became Dean and held the position for two consecutive terms. In 1988 the Faculty was moved to the newly constructed John Aird Centre, which contains the Maureen Forrester Recital Hall, the Theatre Auditorium, classrooms, practice rooms and offices. This purpose-built centre remains as the current home of the Faculty of Music. In 1989, Anne Hall was appointed Dean. Other Deans of the Faculty of Music include Dr. Charles Morrison (Appointed in 2000) and Dr. Glen Carruthers (Appointed in 2010).

The fonds consist of records from the Faculty of Music, Office of the Dean. It includes program records, reports, minutes, publicity material and photographs.