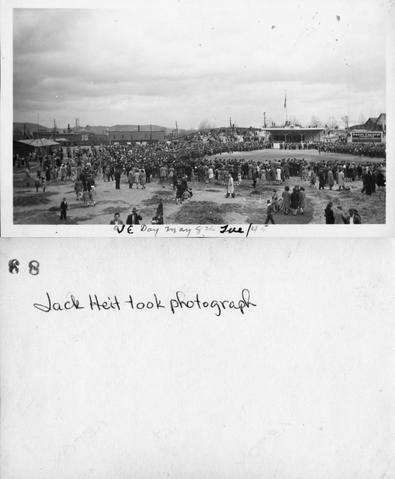 One annotated photograph of a large crowd gathered at Queen's Athletic Field on Victory in Europe Day. Approximately 10,000 attended the commemorative service which began at 4pm but, due to high winds, only a little over 4,000 people were still present when it ended. The 8th Victory Loan Drive Parade with the slogan "Invest in the Best" followed the service.

Item has been digitized. Prints of image may be requested. Email archives@greatersudbury.ca for more information.